What do you get when you cross an Early Childhood Educator and a Union Carpenter?  Almost 40 years ago, it was two guys who were sure they could build a better playground than anything they found in the market.  In 1981, Richard Hagelberg needed a playground for his child care center, and complained to his friend and neighbor, the carpenter George McGuan about the quality and sturdiness of the equipment available at the time.  Well, talk becomes action, and so, in December of 1982, Dick and George founded Kidstuff Playsystems, although at that time it was called Olympic Recreation.  Their first playground was wood and was manufactured in an empty child care classroom and sold to a neighboring town.  Later, we manufactured in George’s basement (yeah, just like the joke about the guy who built a big boat in his basement…), where every piece of wood was cut, drilled and routed smooth.

By 1985, the business had grown to a point where we needed a real manufacturing facility.  George was doing the designing and engineering full time, and Richard was busy full time getting it sold.  They purchased a facility in Miller Beach, in Gary, Indiana, and Gary has remained Kidstuff’s headquarters ever since.

Over the course of nearly 4 decades, Kidstuff Playsystems has been a continuous pacesetter in the Playground industry, moving from exclusively wood products to steel frame playsystems, working with the University of Michigan’s Fitness Research Center to design outdoor fitness equipment before the turn of the century, and becoming a founding member of IPEMA, the International Play Equipment Manufacturers Association.  We’ve worked to set, and then comply with the IPEMA safety standards, certifying new play equipment designs every year.

All because two dads couldn’t find playground equipment they approved of in 1982…. 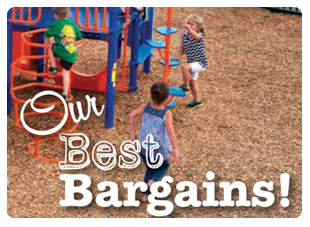 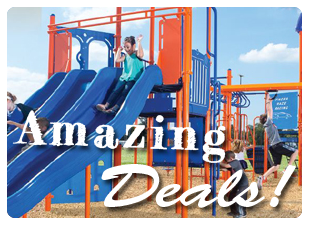 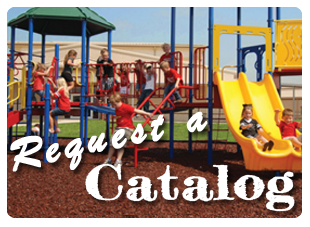